Transition Cafe "What is happening in Transition Bellingen" 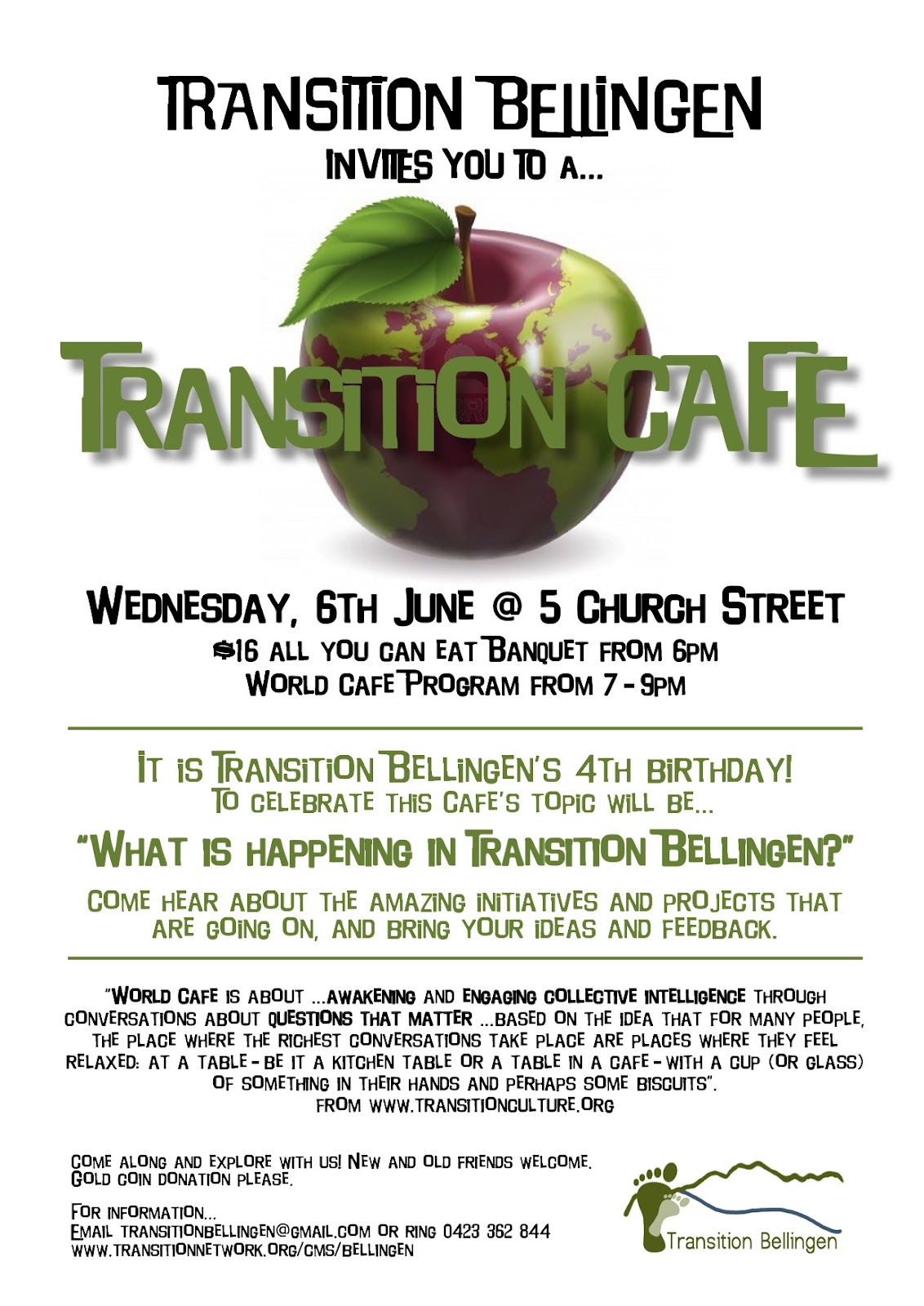 
And the winner was ... Mandy Traynor, of GO4 media for consistency plus.. who used the local Nap Zzone to take her bi-weekly mini-sieasta.

SPECIAL Mentions went to  ...
Highest Number of Naps:  Guy Saddleton  9 naps all up , followed by Dan Maher with 7  (both are the boss with a couch in their office and a door they can close and as well.)
Most challenging conditions :  Nicole Rowsell with only half an hour for lunch, followed by Jason, no. 5 – start up café
Positive Role modelling award.  Jane Eales
Progressive Minister Award: Jason for opening up his church for us to take a lie down
Culture Jamming Award: goes to everyone … it really is a counter cultural pose to strike, when you take a nap at work so thanks for being at the forefront of this culture-changing movement. 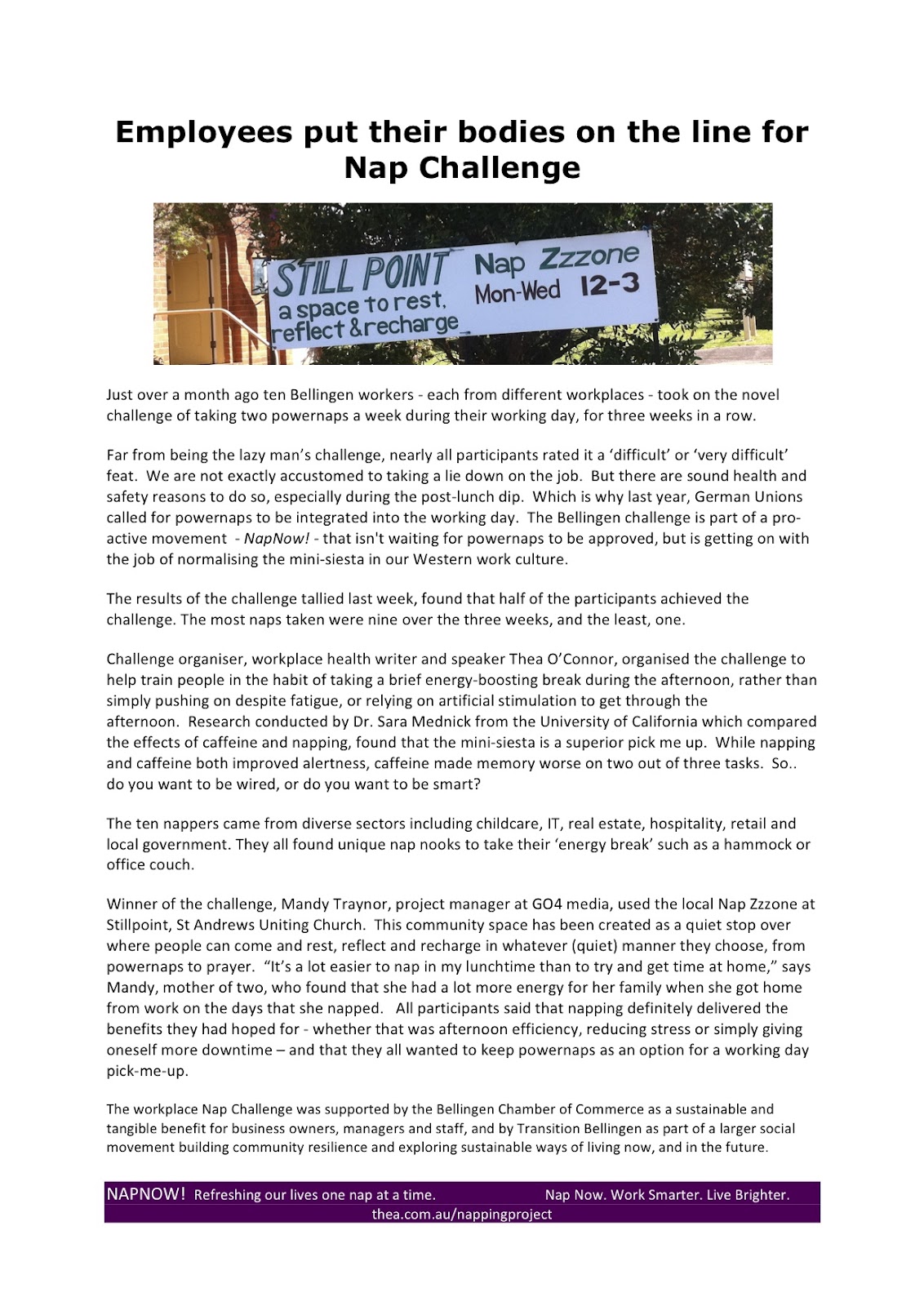 Index of Events see above.

Navigate your way to individual events including history items

Check out the international Transition happenings at transitionnetwork.org